The LA Times and now some other sources have quoted me criticizing the BDCP's claim of a million jobs protected by building the tunnels, because it is based on a "fictional scenario."  These press reports do not explain why I said it is a fictional scenario, so I will do it here.

The jobs claims from BDCP are divided into 2 parts, as shown in this BDCP infographic.

The first part are those created by the direct spending on implementing the BDCP (building the tunnels and habitat).  This part of the analysis is well-done and estimates 155,090 years of employment, primarily from construction.

The fictional scenario is the second part: the claim of nearly 1 million jobs (years of employment) from water supply reliability.  The calculation depends on 3 far-fetched assumptions, all of which must be true to generate the level of water shortages that drive this kind of job impact.
Finally, I will note that the good part of the analysis that estimates 155,090 jobs (years of employment) is not very impressive given the cost.  If you divide by the $25 billion cost of BDCP, that amounts to only 6.2 jobs per $1 million of public spending.  Anyone familiar with employment multipliers should recognize that is an incredibly low total of employment for that level of spending.  The bottom line is that spending billions on imported tunneling machines and converting farmland to marsh just doesn't produce that much job bang for the buck.
Posted by Jeff at 2:00 PM No comments:
Email ThisBlogThis!Share to TwitterShare to FacebookShare to Pinterest
Labels: delta tunnels, Delta water exports, Economic Outlook and Data, peripheral canal, State and Local Government 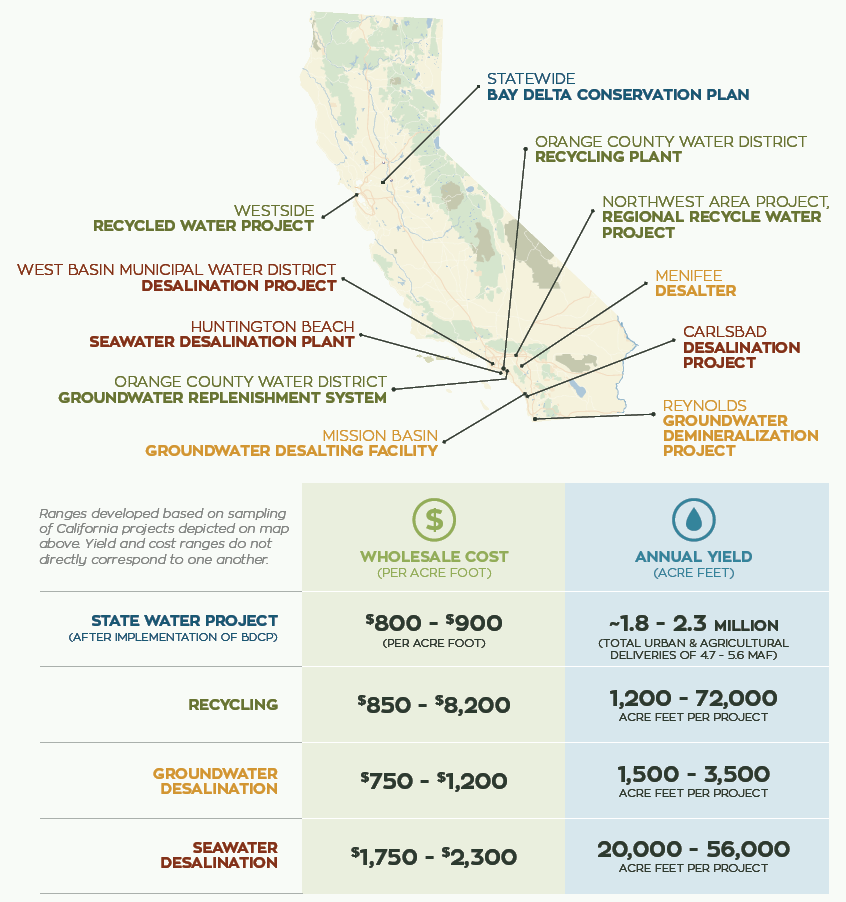