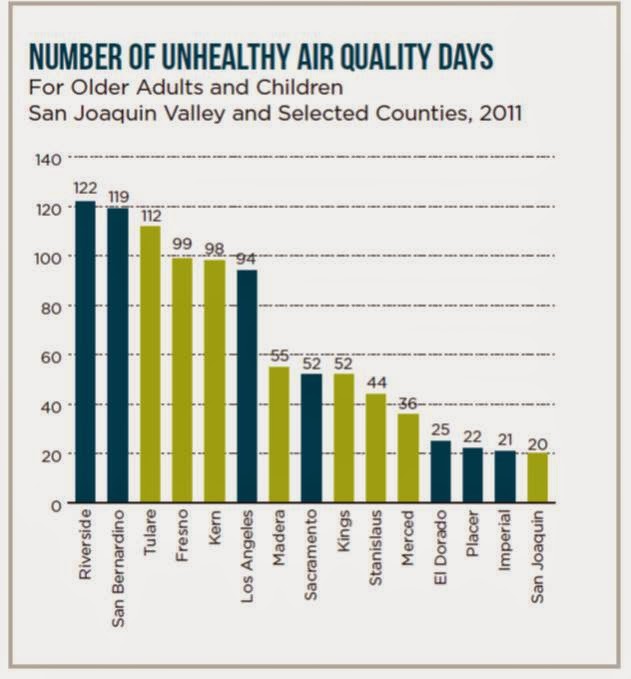 Historically, the politics have involved the Valley’s northern tier of counties — San Joaquin, Stanislaus and Merced. Their air is cleaner than counties to the south, but they feel they need to speak up for their share of the $150 million in federal and state grants the district gets each year.
The money helps replace diesel engines, fireplace inserts, gasoline-powered lawnmowers and pay for many other incentive-based cleanup programs. Thousands of old diesel engines and diesel-powered vehicles have been replaced with this kind of money.
Stanislaus County Supervisor Bill O’Brien, an air district board member, defends the northern counties.
“We can’t just take the money from one area and give it another,” said O’Brien, whose family owns O’Brien’s Market, based in Modesto. “If the hot spot is around Fresno or Bakersfield, then we might want to talk about different rules and different ways of raising money in those areas to spend there.”
Posted by Jeff at 11:31 AM
Email ThisBlogThis!Share to TwitterShare to FacebookShare to Pinterest
Labels: State and Local Government