Another view of the Northern California Mega-region

Another recent study has analyzed mega-regions in the U.S.  This one is from Dartmouth with some cool graphics.  It imagines what U.S. states would look like if they were defined by economic relationships, and like most studies of its kind, it sees the Northern California mega-region (Bay Area, Sacramento, North San Joaquin Valley, Monterey Bay) as a distinct state.

This image of commuter flows from the Dartmouth study shows the distinct break between the North San Joaquin Valley and Fresno, there is almost no economic linkage at all.  Even though every objective outside look at the economy doesn't place Stockton/Modesto and Fresno/Bakersfield in the same "state," important economic development and planning organizations at the state level (like this and this) continue to lump them together and exclude the North San Joaquin Valley from its true economic region.

It's up to the North San Joaquin Valley communities to redefine themselves and organize themselves in ways to more effectively engage as a cohesive region with growing linkages to the Bay Area and Sacramento. 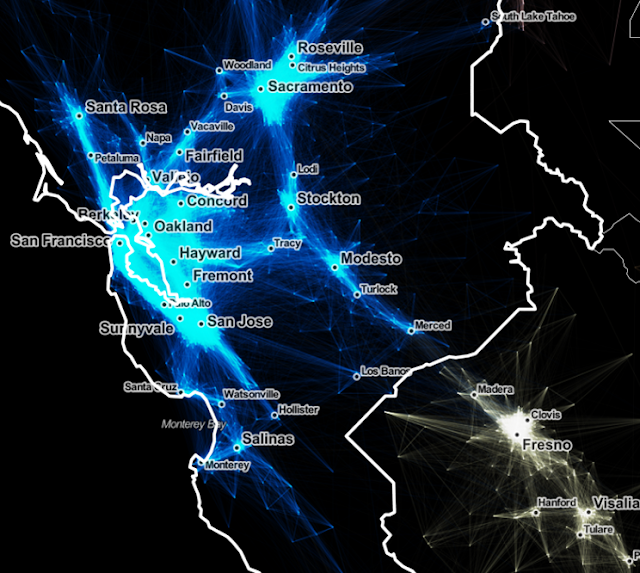 Here is another view from the study.  The data is 2006-10 flows, so the linkages have only grown. 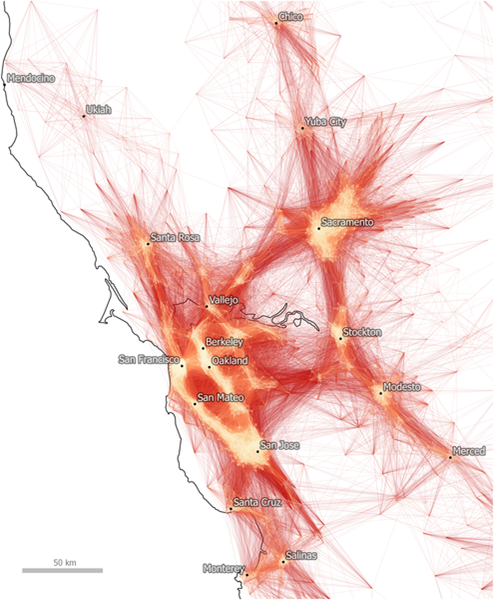 Posted by Jeff at 5:55 PM
Email ThisBlogThis!Share to TwitterShare to FacebookShare to Pinterest
Labels: Economic Outlook and Data, State and Local Government